FAMILY OWNED AND OPERATED
SINCE 1962

In 1962, Asa Johal founded Terminal Forest Products in Richmond BC, on just three and a half acres of land.

In 1985, Johal purchased the first finger jointing machinery and installed it at the Ash Street Remanufacturing Plant and in 1986, Terminal Forest Products purchased L&K Lumber, and with that purchase came the Langdale log-sorting yard. This waste-free operation sorts approximately one million cubic meters of logs annually and offers customers ISO and PEFC chain-of-custody certification.

With the purchase of South Everson Lumber Co. Inc (SELCO) in Everson, Washington in 1990, Terminal Forest Products became an international company. SELCO’s operations include a variety of processing lines including moulders, planers, resaws, finger joints, edge glue, face glue lines, and dry kilns, and is the largest Cedar remanufacturing plant in the industry. In 1999, Terminal Forest discontinued their Fiber Supply and Sales Agreement with Canfor and implemented an in-house sales team.

2007 was a record year for Terminal Forest Products, despite the expropriation of the Ash Street property to the City of Vancouver, which was then used to build the rapid transit line from the Vancouver International Airport to downtown.  During this time, Terminal Forest Products became known as the largest privately owned and operated lumber manufacturing facility on the West Coast.

In 2016, Asa Johal turned 94 years old and turned the reins over to his son, Terminal Forest’s President and CEO, Darcy Johal, continuing his commitment to family, growth, and strength. 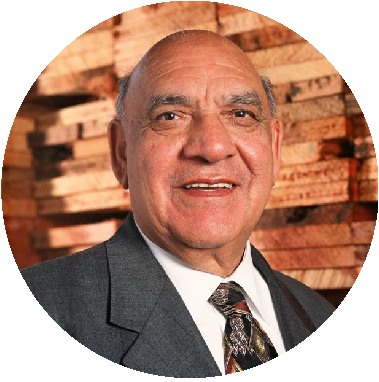 “Terminal’s success is based on our people. People who challenge the status quo...We are fortunate to have strong relationships with our customers and suppliers. Through shared vision and loyalty we have built on these relationships and our success is a direct result of our customers’ contributions.”
Asa Johal , Founder